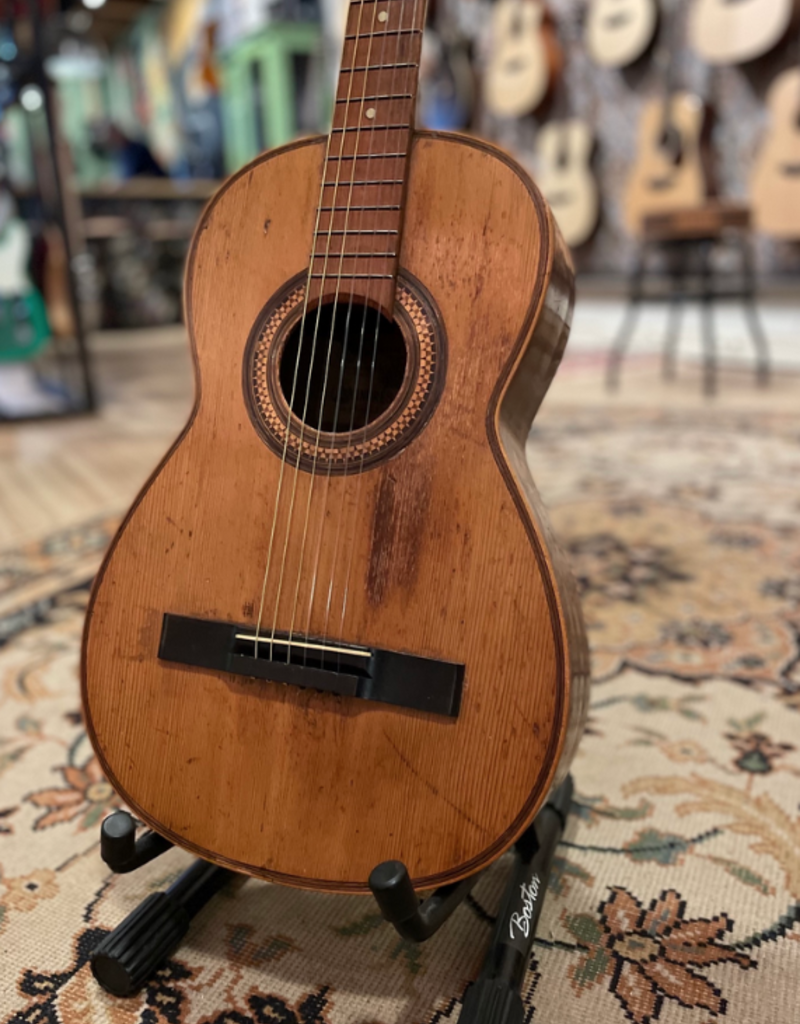 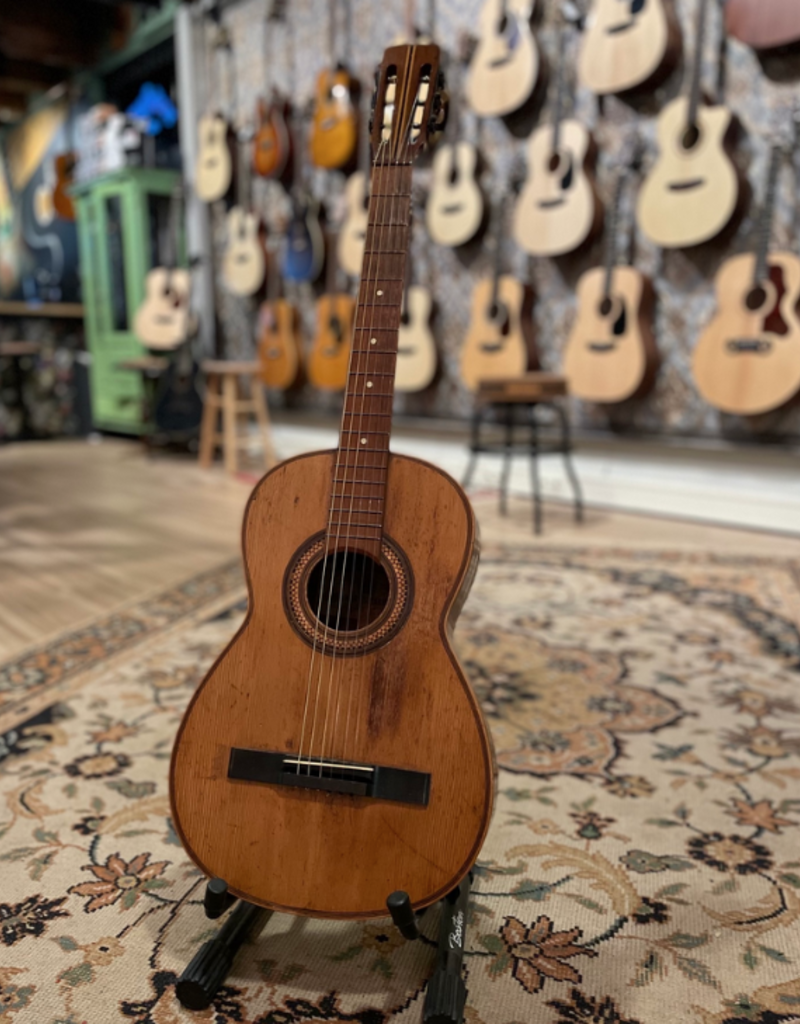 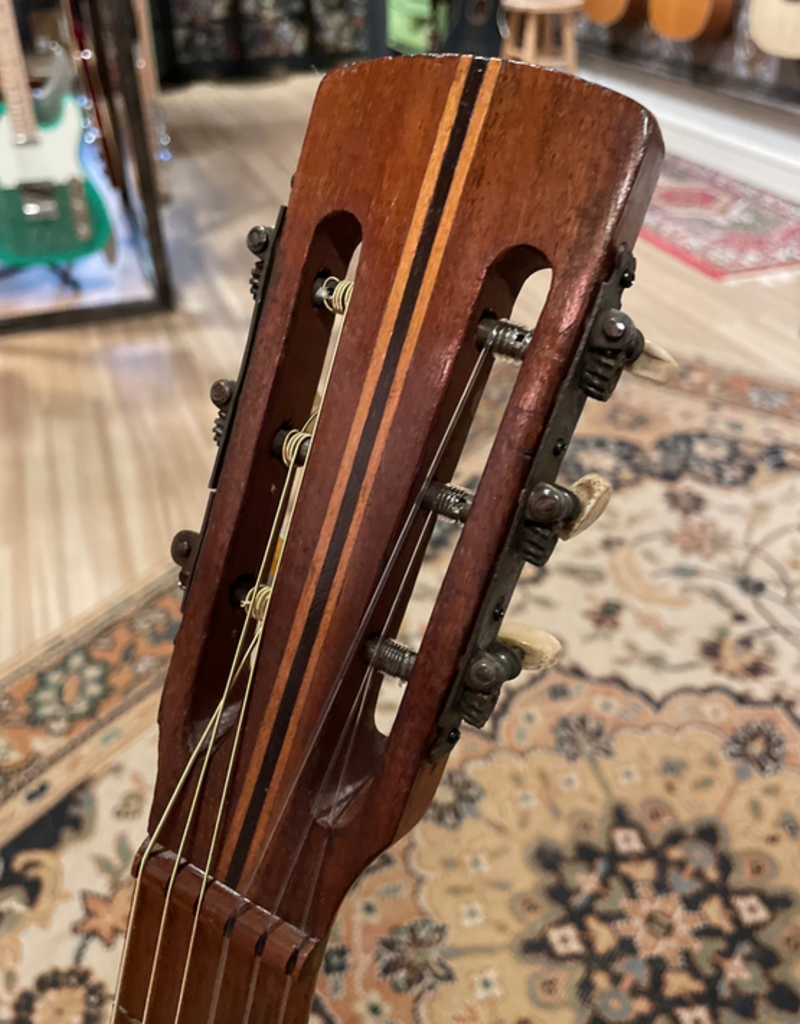 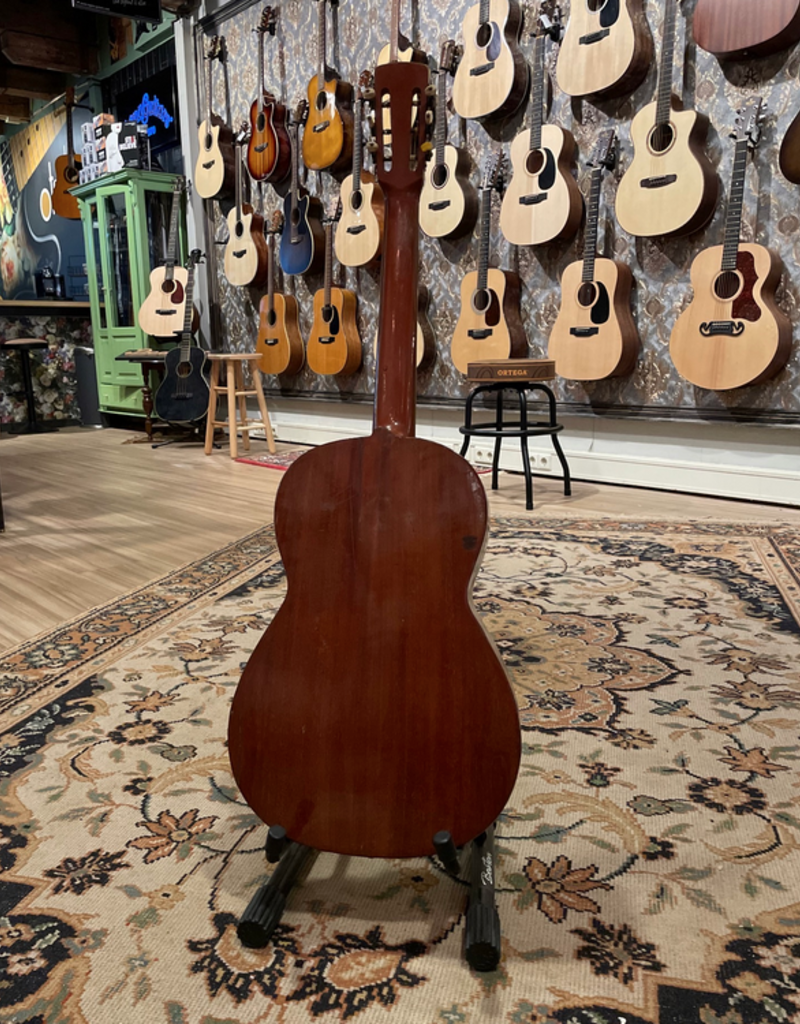 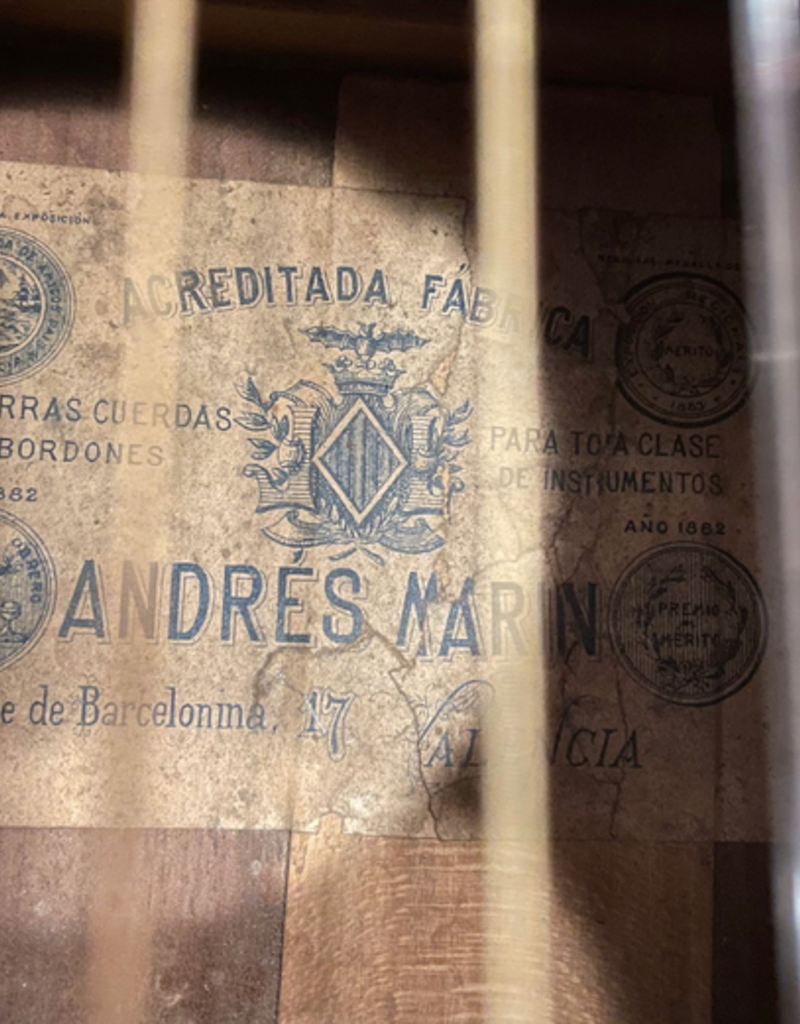 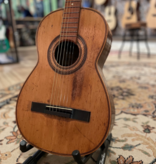 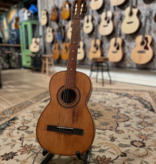 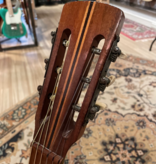 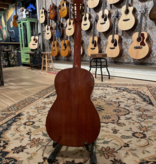 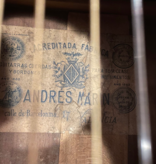 Andrés Marin was one of the most renowned makers in Valencia. He married the widow of Agustin Almonacid, who had a guitar factory at Calle Barcelona 17, becoming his successor, around 1882. The factory made guitars, bandurrias, laudes, mandolines, citterns, and a variety of other fretted instruments. According to his label, he had won medals for his guitars in 1882 and 1883. When he died his son, Andres Marin Collado, took over, and moved the factory to Turis, but maintained a retail outlet on the Avda. del Oeste in Valencia. The Spanish Civil war was very hard on the business. After his death, the factory limped along first under the direccion of his daughter, Lola Marin Soucase, and then under her son, before going bankrupt in 1952.

This beautiful and very good playing instrument was built between 1900 and 1920. The work of Andres Marin is often compared with Antonio de Torres. The guitars of de Torres are worth a lot!